There was drama aplenty on the second day of the Oceania and Australian Laser Masters Championship in Geelong. In light, shifty conditions, there were eight black flags, shared evenly between the Radial Masters and Radial Grand Masters, and when they returned to shore, the sailors were advised that tomorrow will be the last day of the championships, owing to the COVID-19 situation.

In the meantime, those at the front of the fleet showed their skill, with Brett Beyer (Standard Masters), Owen McMahon (Radial Masters) and Kerry Waraker (Radial Legends) all remaining undefeated.

Jon Emmett has been winning the combined Radial Apprentice, Masters and Grand Masters fleet, but he is the only entrant in the Apprentice Division. Similarly, Susannah Gillam is undefeated in the two-person 4.7 Class. 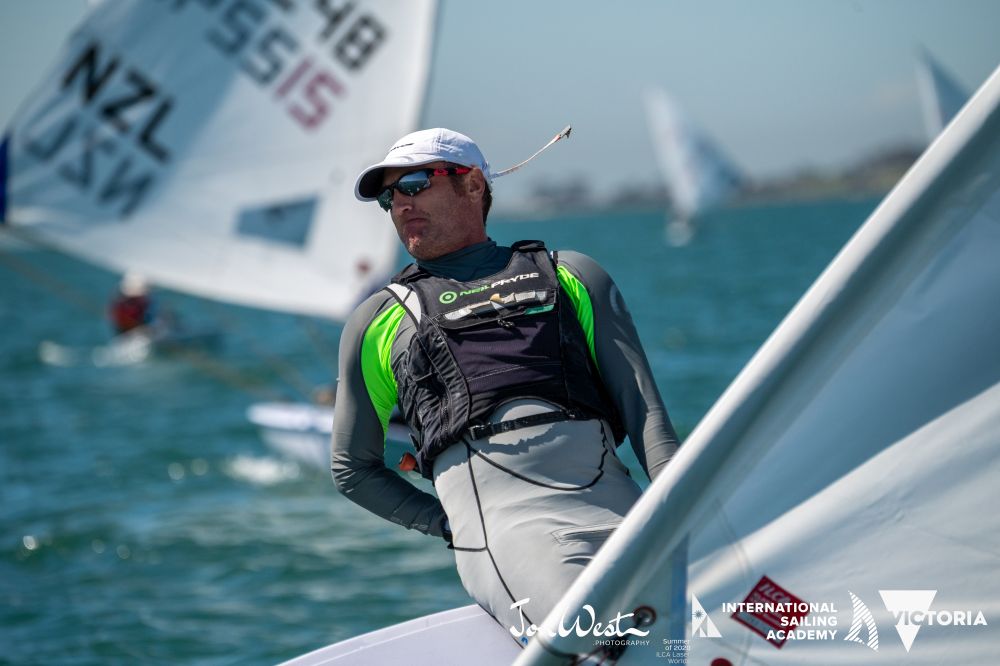 Caption: Well-known Laser coach and interviewer, Jon Emmett, is the only entrant in his division, but has also been beating those in the older age groups. Photo Jon West Photography.

Brett Beyer has won 13 World Masters Championships and he again demonstrated his class as he led from the gun in the first race and followed up with another convincing win in the shortened second one. He already has a 10 point lead over American Peter Hurley, who is in second.

Owen McMahon is no stranger to high-level sailing, having competed at the Atlanta Olympics in 1996 with Tom King in the 470, and also crewing for Tom when they won the Etchells World Championship in 2012.

“I felt more comfortable yesterday in a bit of breeze but I got a good start today and had good speed upwind, so I’m happy with that,” McMahon reported.

“I really love these things, they’re really good to sail,” he said of the Laser. “The one-on-one contests and how accurate you have to be to win… it’s great.” 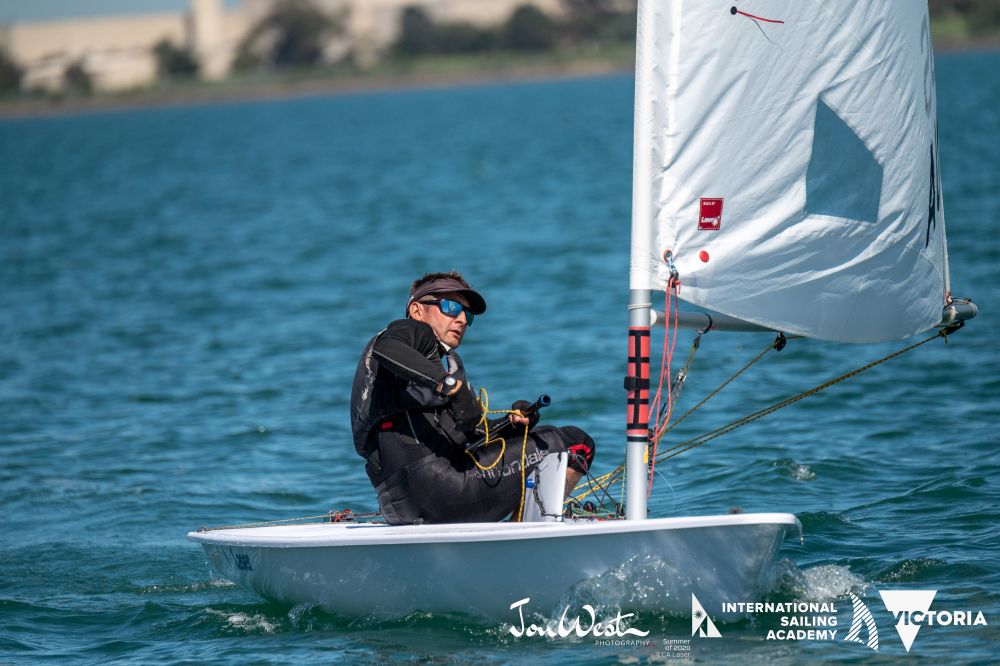 New Zealander Edmund Tam is second behind McMahon, having followed up his 7th in the first race yesterday with two second places.

In the Great Grand Masters, Canadian Paul Clifford on five points is locked in battle with Jeff Loosemore, who is just two points behind.

Four times World Champion, Kerry Warraker, is 80-years-old but said his body is holding up well after three races. “Today was more mental than physical, in the light conditions, but I’m feeling pretty good,” he said. “It’s been really close racing. We’re starting with the Great Grand Masters so sometimes you’re looking around for your competitors and they’re a bit hard to see. But fortunately I managed to get up the front where it was a bit easier.” 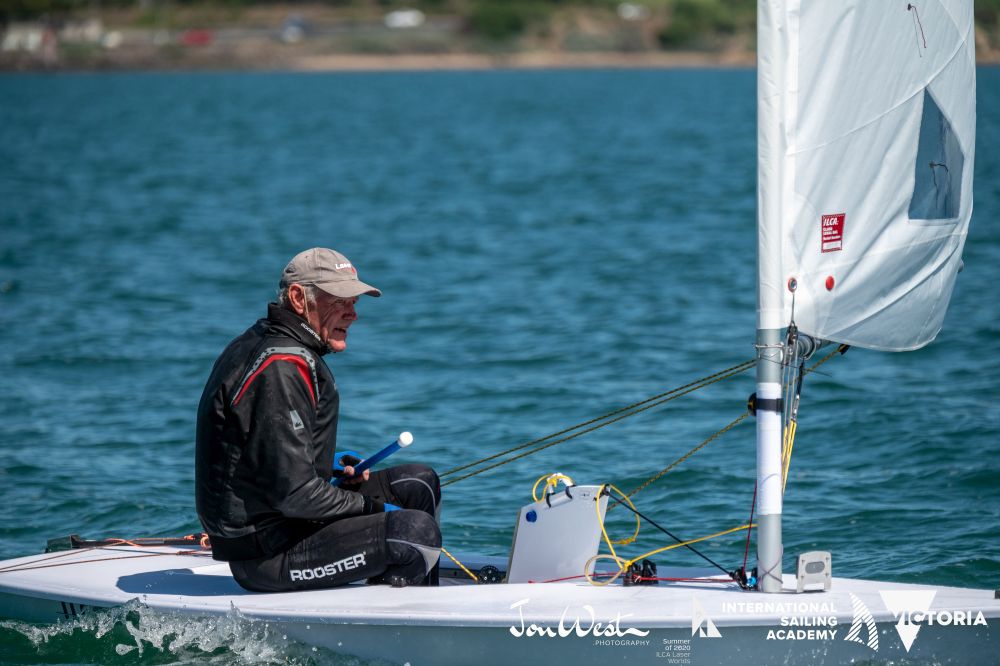 Caption: Kerry Waraker has won four World Masters Championships and is undefeated in the Legends fleet at this regatta. Photo Jon West Photography.

With four races sailed today, the 4.7 and Laser Standard fleets already have enough results to constitute a series. The Radials, with only three races sailed, need to get at least one race in tomorrow to also have a complete series.

Race organisers have announced they will try to sail two races, and the forecast is looking good, with stronger and more consistent wind than today.

Full results are available at https://www.mysailingclub.com.au/DisplayResults/DisplayPublicSeriesResults?Id=588&Id2=2020%20Events