With the regatta already won before the final two races, Matt Wearn finished the week with a third and a seventh (which became his second discard) to wrap up his fifth Australian Laser Championship.

Conditions were testing, with strong 18-25 knot south-westerlies kicking up some choppy waves under a sunny sky but the leading sailors all managed the course well. Other winners were Mara Stransky, Brody Riley, Toby Coote and Kirsten Wadley.

Wearn, who finished11 points ahead of Kiwi Sam Meech overall, said, “Obviously it’s always good to win an event on the same waters that the Worlds will be sailed on. They were strange conditions, though. We didn’t have a sea breeze all week.”

Wearn said he’d had “a nice little break” before Christmas so he was keen to get racing ahead of a busy schedule that includes Sail Melbourne later this month. 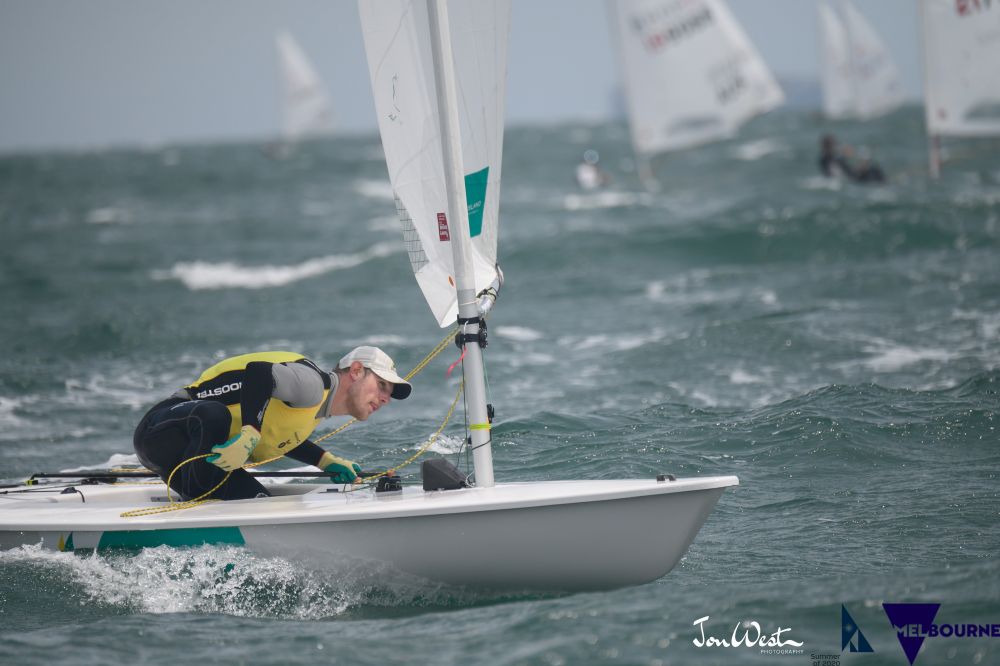 The Women’s Laser Radial class came down to a battle between two Dutch women. Maxime Yonker led the fleet after 10 races but her vastly experienced team mate, the Rio 2016 gold and London 2012 silver medallist Marit Bouwmeester, found something extra, winning the final race and the regatta.

Australian Mara Stransky had an up-and-down event which included two race wins and a black flag disqualification, but was still able to retain the women’s title (as first Australian) by a massive 112 points over her nearest Australian competitor, Elyse Ainsworth, who pipped Zoe Thomson by a single point.

Stransky said she was really happy to have repeated her win from last year. “It was an awesome competition so it’s cool to come out with a solid performance. It’s a nice confidence boost ahead of the worlds to have sailed well against the people who will be doing it (the World Championship).” 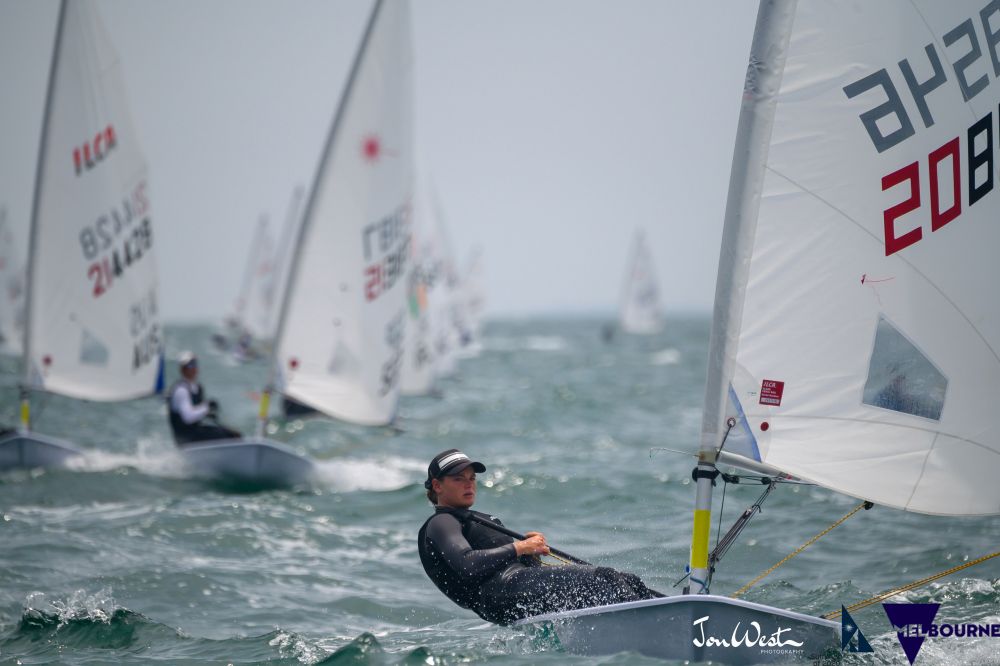 In the men’s Radial, local McCrae sailor, Brody Riley, had a comfortable win by 39 points over fellow Australian, Michael Compton. He finished third overall, behind the two Dutch women.

“The Worlds is obviously the big one,” he said after the final race. “But it was nice to do well considering the quality of the girls’ fleet.”

Riley recently took a break from the Radial to sail the Standard rig and to further his law career, but said it was nice to be back in the class. 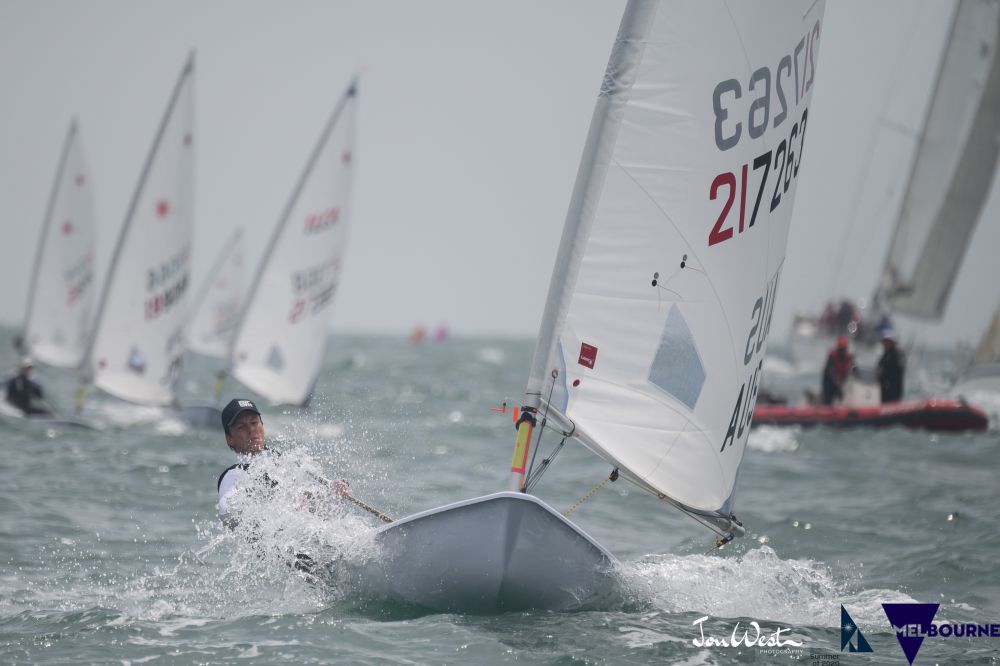 Toby Coote was third overall and therefore won the boy’s title as first Australian. It was his first major win and he said he said he was very pleased, especially considering the high quality of the fleet.

Coote improved as the regatta went on and he put that down to getting in tune with his new boat. He said he’s not sure of his future plans but expects he’ll soon be too big for the 4.7 and will have to move up to the men’s Radial.

Kristen Wadley was first in the girl’s with a very creditable seventh overall to take her fourth title in a row.

“I’m too small to move into the Radials, so I’ve seen a lot of changes in the dynamic of the fleet – the top 10 when I first started is totally different to the top 10 at this regatta,” Kristen said.

Attention now turns to Sail Melbourne, beginning on January 17. The Laser fleets will again sail out of Sandringham, giving local and international competitors valuable practice on the waters that will be used for the World Championships in February. 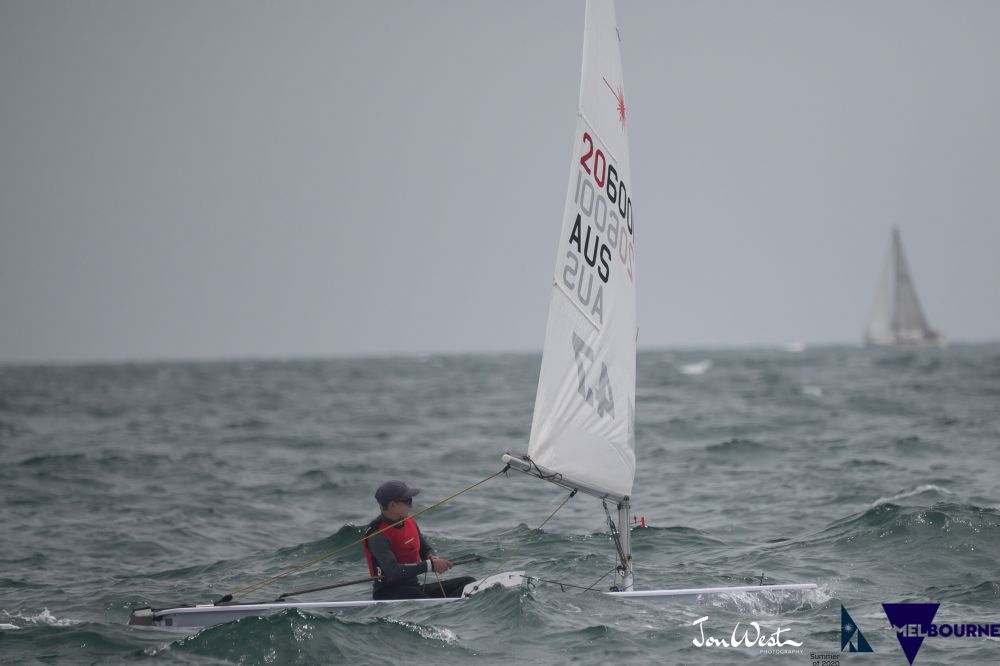 More images are available at www.jonwest.photography.